In listening to the Supreme Court pronounce its verdict on Aadhaar, some pointers emerge to the vagaries of entrepreneurship

In listening to the Supreme Court pronounce its verdict on Aadhaar, some pointers emerge to the vagaries of entrepreneurship 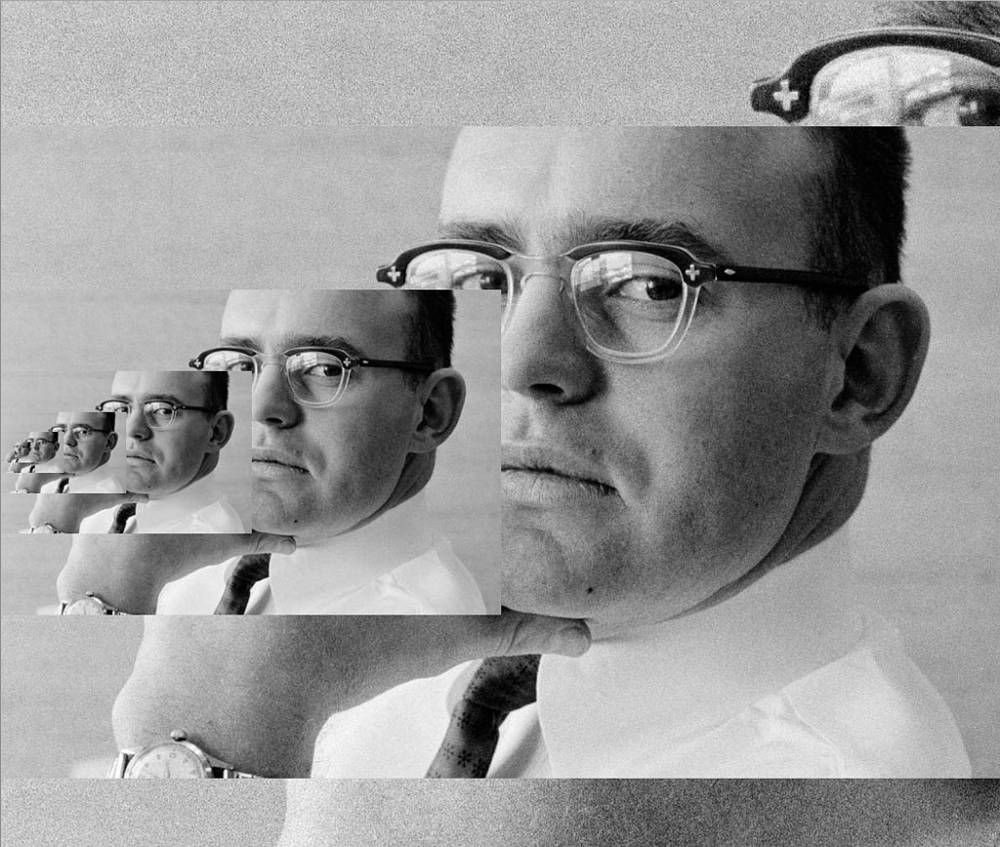 [By Steve Jurvetson, via Flickr, under Creative Commons. Moore's Law is both a prediction and an abstraction. Technology’s exponential pace of progress has been the primary juggernaut of perpetual market disruption, spawning wave after wave of opportunities for new companies. Without disruption, entrepreneurs would not exist.]

My colleague NS Ramnath and I invested the last two years speaking to several people engaged with Aadhaar and the India Stack ecosystem to write a book titled The Aadhaar Effect. That is why we were keen to know how the Supreme Court would rule on a petition filed before it that the project be scrapped.

While large parts of what the court pronounced were along expected lines, much like everybody else, we were stumped by its verdict on Section 57 of the Aadhaar Act. There is ambiguity embedded in it and various interpretations are possible. It compelled Ramnath to explore the nuances.

My curiosity lies in what may an entrepreneur think of it. This, because while researching the theme, we had engaged with many who could see potential in Aadhaar and India Stack. While some were cautious, others were optimistic and had invested into it. Initial conversations right after the verdict suggested they were exasperated. A venture capitalist practically screamed: “This is like throwing the baby out with the bathwater.”

A week down the line though, the exasperation seems to be easing out. Because most of those who had examined the potential of Aadhaar and the architecture of India Stack aren’t willing to let go of it easily. Instead, the ambiguity in the verdict, they say, is something they can work their way around. Nobody was willing to come on the record though.

A large bank, for instance, after consulting lawyers, has given its advertising agency a mandate to firm up a campaign that subtly points out how Aadhaar is more convenient as a KYC tool than other options. The founder at a start-up that has a few rounds of funding from private equity funds now thinks of this as a “hiccup that we can work around.”

When questioned on what changed in the week since the ruling was passed, their answer is uniform: We live in an uncertain world. Technology has come to a point where what is certain is that uncertainty hits home faster. Dealing with that is their day job. Not everybody can do it. That is why those who can are called entrepreneurs.

Conversing with them yielded a few ‘rules’, if you will, on what it takes to get by in a world dominated by technology.

Rule #1: All technologies are first opposed

It took Calestous Juma of the Harvard Kennedy School 16 years of research to write Innovation and its Enemies. The book was published in 2016 and Prof Juma died a year later in 2017.

The Washington Post engaged with Juma in a conversation around his research and published some interesting takeaways.

If you may want to dig deeper into his assertions, watch this talk on the theme:

When looked at from that perspective, it is inevitable that Aadhaar and India Stack will meet with opposition.

Rule #2: All technologies must reach a critical mass

Post the verdict, I asked an investor who had latched on to the India Stack ecosystem, why had he bet on start-ups in the space when its future was still to be decided. He shared a mental model he deployed to think through it. Basis that, he could see four potential outcomes on what way the court may rule.

In his head, he ruled out the first outcome. He was also willing to bet the outcome the pro-Aadhaar camp wanted wouldn’t come through either. I’ll deal with why he ruled both out in a bit.

Looking at the spectrum of possibilities between Option 1 and Option 4, he was reasonably sure the court will deliver an ambiguous verdict. So, the ruling on Section 57 was something he was expecting. With the benefit of hindsight, I see merit in his position.

He makes his living by placing bets on entrepreneurs who can navigate an uncertain environment. When you look at it from an entrepreneur’s eyes, while evaluating a technology, they also examine how hard will it be opposed, and if it has achieved critical mass.

For example, bitcoins are a great idea and those seeped in technology love it. Early investors got their hands burnt after the RBI clamped down on the virtual currency.

Last year, India banned driverless cars even as countries in other parts of the world are firming up rules on how to deploy it.

Another example: stem cells hold much potential and there is a lot of evidence that when used well, many benefits can accrue. It is unclear what kind of debate went into the discussion because the government classified stem cell therapy as a drug and mandated it follow protocols that adhere to drug development—a rather ridiculous assertion.

When examined from an entrepreneurial prism, all of these ideas had much merit and had money invested into it. These technologies hadn’t gained critical mass. Early entrepreneurs who had invested into it stand at an inflection point. What are they to do?

Because fact of the matter is, technology always outpaces legislation

This is where the contradictions that an entrepreneur faces come in. If they’re too early and a technology hasn’t gained traction, they lose. If they get in too late, they lose.

There are plenty of pointers from history on how law makers have dealt with technology. Their thinking has always lagged those who adopted technology.

This is why I felt compelled to opine recently in Hindustan Times why “….that is the nature of courts. They can only offer a verdict around dilemmas citizens are conflicted about.”

But this is not a uniquely Indian phenomenon. Entities such as Uber and Amazon have grown at a blistering pace to upset the entrenched. Juma points out that as a thumb rule, most governments operate under the impression that technologies grow in a linear way. Fact of the matter is, they grow exponentially and come to their notice only when there’s an outcry. This has happened for hundreds of years.

Take the most recent cases, such as Uber. The authorities in London stripped the entity of its license to operate in September 2017. Much of it had to do with how the service had practically taken over the streets and traditional operators were losing business to the taxi hailing app. Uber challenged the case in the UK’s Supreme Court. Some noises were made, a verdict was issued that it ought to amend its errant ways, and Uber’s license to operate in London was restored in June 2018. Petitioners claimed victory over having gotten Uber to toe the line. On its part, Uber issued an apology and got back to business as usual.

Something similar happened to Amazon. Retailers across the US petitioned that one of the reasons the digital entity had an advantage over them on pricing was that it could sell in the states they operated in without having to comply with sales tax regulations. That hadn’t occurred to anybody until Amazon had gotten big and was eating everybody’s lunch. One of Donald Trump’s election promises was that he would get the tech giant to pay up. When the case was heard by the US Supreme Court, Amazon argued it is a digital platform with no physical presence. State taxes are collected by third-party vendors who operate on this platform. To that extent, Amazon has no liability.

The outcome of the hearing was a verdict that absolved Amazon, is still open to interpretation, places responsibility on third-party vendors, and creates a burden for offline retailers who had led the charge against Amazon.

My only submission here is: what if a lot many citizens had invested into Bitcoins? What if driverless cars had caught people’s fancy? What if stem cell therapy had crossed the tipping point and its benefits were obvious to more people? Would the courts and the government then think differently and offer an ambiguous verdict?

This option is what the investor I spoke to has placed his money on.

Rule #3: All technologies have a shelf life

Like I said earlier, on the back of the verdict on Section 57, many epitaphs are being written about the demise of India Stack. But the message I hear now is that entrepreneurs are aware all technologies have a shelf life—Aadhaar and India Stack included. Those invested in it must move fast. Section 57 is just a hiccup.

So, the ambiguity around Section 57 suggests any use of this platform by a “body corporate” is “unconstitutional”. Those opposed to Aadhaar would like to have us believe it includes all private enterprises.

But as Ramnath points out, “Many government benefits reach individuals through the private sector. For example, in Krishna district in Andhra Pradesh, NREGA payments are made right at the work site through banking correspondents carrying a micro ATM device; pensions are delivered to several old people at their homes using such devices. And these are operated not by the government but by private sector banks. To say that private sector cannot use Aadhaar would mean these benefits might have to be stopped till the government builds a parallel infrastructure.”

A private equity investor who did not want to be identified concurs. “All social benefits are delivered through the private sector. From cooking gas to fertilizers and rations at stores mandated by the state, it is delivered through the private sector. If you stick to the definition that only a body corporate can access Aadhaar, it will hurt the larger social mission.”

He goes on to add that in the strictest sense of the word, even the UIDAI that issues Aadhaar numbers is a “body corporate”. Therefore, as he sees it, there is much that is open to interpretation.

Having said that, the technologist in him sits back and talks of the ironies in the slugfest. “All technologies come with an expiry date. eBay was the poster-child of online marketplaces. The India operations were shuttered recently. Nokia was once considered among the most innovative companies. It is now history. I’d think if Aadhaar succeeds in its originally stated mission of lifting a few hundred million people out of poverty, it will be mission accomplished. Who knows in what form it may exist after that?”

So, how is an entrepreneur to operate in a world as fast-paced as this, I ask him?

“Nothing is clear for an entrepreneur to survive. If everything was clear, all entrepreneurs would survive.”