There are two schools of thought on how people can be lifted out of poverty. But, can policies be crafted for them when policy makers don’t know who they are?

There are two schools of thought on how people can be lifted out of poverty. But, can policies be crafted for them when policy makers don’t know who they are? 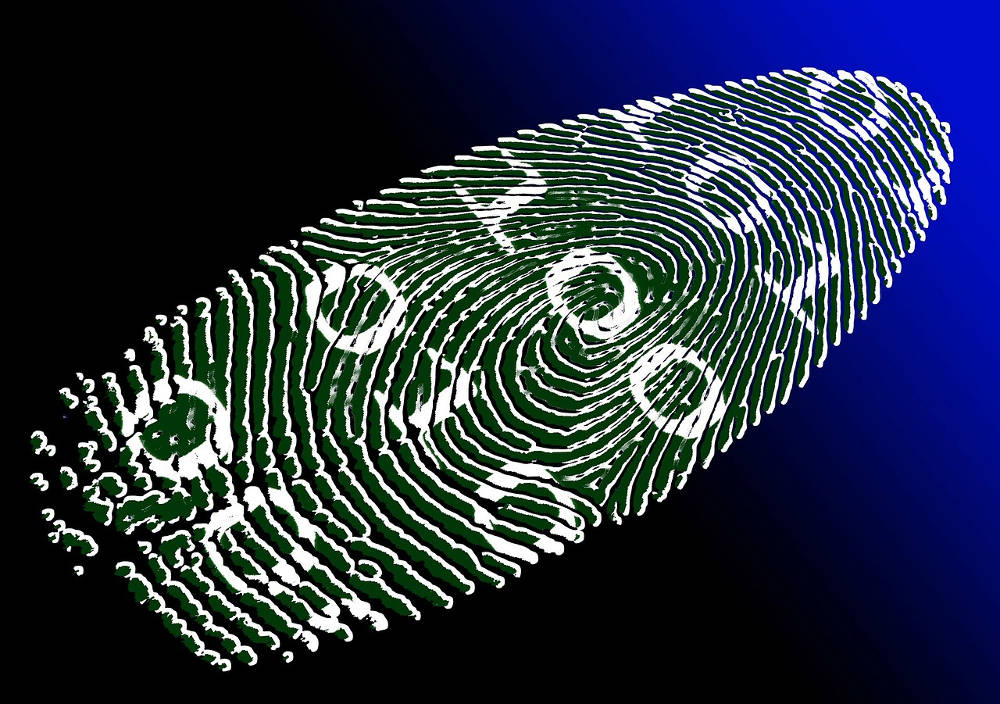 [By PublicDomainPictures, under Creative Commons]

Tim Harford raises an intriguing question in a very recent instalment of his popular column Undercover Economist that runs in the Financial Times: Would basic incomes or basic jobs be better when robots take over? While the question is an interesting one to debate over, a caveat must be filed.

Room for such debates on the back of a question of the kind Harford raises exists in societies where there is no ambiguity on an individual’s identity. How may the question be framed in societies such as India where at least 400 million people at the bottom of the pyramid have no identity?

What about the 500 million people in middle India who can have an identity document that does not exist in a central repository?

And how is one to consider the at least 100 million-odd people at the top of the pyramid who have the ingenuity and the resources to create multiple identities?

The complexity of the question makes itself apparent only when the UK-based Harford’s observations are considered carefully. A trained economist, he is a journalist and broadcaster as well. He presents two ways to look at the world from where he is perched and admits to feeling conflicted. The way things are moving in the Western world, as robots gain ground and artificial intelligence algorithms get smarter, at least 30-40% of his country’s people may be “economically useless”—that is, they would be unable to secure work at a living wage. How are policy makers to deal with the many issues this pool may create?

Basis conversations and research from across the world, India included, two schools of thought now exist.

One school argues every citizen must have a universal basic income (UBI). The Dutch historian Rutger Bregman is one of its most vocal proponents. In a thought-provoking interaction, he points to data collected from many countries that conclude when people have to deal with poverty daily, their intelligence quotient (IQ) drops by 14 points.

Therefore, he has consistently argued from multiple forums to standing ovations that, “Martin Luther King didn’t say, ‘I have a nightmare!’ He had a dream!

If any evidence be needed, Bregman holds up Dauphin, a small town in Canada, where policy makers conducted the largest social experiment of its kind a little over 40 years ago. They computed that a family of four needs $16,000 (at current prices) to meet their basic needs. Much deliberation later, they crafted a programme called Mincome.

If a family’s income fell below $16,000 per annum, authorities would step in to meet the deficit. Data has it that contrary to what those opposed to the programme believed, people did not stop working. They continued to work.

What changed though was that married women would drop out of the workforce. When the data was examined to understand why, it revealed this was because they were using the cushion Mincome offered to take longer maternity leave so that they may devote time to their new-born children. When done with their familial duties, they chose to get back to work and earn their living. On its part, the government would cut the dole handed so they stay over the poverty line.

The data also has it that the number of teenagers in the workforce dropped dramatically. When examined, turns out, this was because the Mincome programme provided their often-poor families the cushion they needed to allow teens to stay in high school for longer.

The pay-offs would be evident only many years later. Mothers who spent more time with their new-born children were happier and raised better children; teens who stayed in school longer gained an edge over those who couldn’t. But how do you compute the long-term benefits and the return on investments it provides to an individual and the society at large?

The debate that followed was a vicious one and the programme lasted four years. When a new governor took over, he thought this expenditure was uncalled for, and yanked the programme. Bregman does not tire though of pointing out that programmes such as these must be thought of as “venture capital for everyone.”

Then there is another school of thought. This is represented by voices such as Edward Glaeser of Harvard University and author of the very compelling Triumph of the City, an account of his travels through various cities around the world. Much of what he has gathered through his travels are summed up in a superbly argued essay, The War on Work—and How to End It. Much like Bregman does, Glaeser deploys data from multiple sources and human psychology to make a clinically strong case against the idea of UBI.

“The jobless are far more prone to self-destructive behaviour than are the working poor. Proposed solutions that focus solely on providing material benefits are a false path. Well-meaning social policies—from longer unemployment insurance to more generous disability diagnoses to higher minimum wages—have only worsened the problem; the futility of joblessness won’t be solved with a welfare cheque. The loss of work for so many also reflects the emergence of a modern labour market with little interest in less skilled job seekers,” Glaeser writes.

Therefore, he goes on to point out that: “Ten years ago, millions of Americans wanted inexpensive car service. Uber showed how underemployed workers could earn something providing that service. Prosperous, time-short Americans are desperate for a host of other services—they want not only drivers but also cooks for their dinners and nurses for their elderly parents and much more. There is no shortage of demand for the right kinds of labour, and entrepreneurial insight could multiply the number of new tasks that could be performed by the currently out-of-work. Yet over the last 30 years, entrepreneurial talent has focused far more on delivering new tools for the skilled than on employment for the unlucky. Whereas Henry Ford employed hundreds of thousands of Americans without college degrees, Mark Zuckerberg primarily hires highly educated programmers.”

As recently as in March 2018, he engaged in an hour-long conversation at The Library of Economics and Liberty. He argued his position by deploying data, logic and psychology.

He fiercely steers the conversation towards what happens in a person’s psyche: when they come to believe that no matter what, if there is an assured cheque from the government in the form of UBI that will be deposited into an individual’s account, humans are wired to look for the easy way out.

Harford admits there is much merit in both arguments. The answers though may lie somewhere in between, he suggests.

Why do people go to work, for instance? His research suggests people do it for more than just the money. People need a routine; they want to feel wanted; they want to experience emotion—even if it be negative, like the lousy commute to work and back. The answers are fuzzy. But Harford is lucky to live in a society that can debate the issue.

Nobody in the UK questions the merit of an identity card called Validate UK. In the US, everybody is assigned a Social Security Number (SSN) at birth. Citizens of the EU have a National Identity Card. There is a central repository where this identity is stored, and people use it to declare they are who they claim to be. Because people have an identity, it is possible for policy makers in government to debate complex issues and entrepreneurs to think up business models.

It wouldn’t be far-fetched to point out that the standards of living people enjoy in such countries are of the kind those in under-developed and developing countries dream their children may one day have.

For a moment, extrapolate India into the picture, including the most recent data on hand, and warnings by some very fine minds in the public domain:

If policy makers in India were to veer towards Bregman’s argument that a UBI in some form be crafted for citizens; or Glaeser’s hypothesis that answers in the long-term lie in re-skilling people, a fundamental question raises its head: Where do you begin?

As articulated at the outset, when a country with over 1.2 billion people does not have a system to identify its people reliably, and is utterly clueless about who may the 400 million people who live at the bottom of the pyramid are, what effective policy can its thinkers craft and deploy?

This is one of the many reasons why it is important for India that Project Aadhaar must be executed well. It is the only project of this scale anywhere in the contemporary world that is at work to build the “infrastructure” that provides a uniform identity to over a billion people. With “infrastructure” of this kind in place, how to tackle the looming jobs crisis is only the tip of the iceberg. Who is to know what kind of entrepreneurial opportunities may emerge?

When my colleague NS Ramnath and I set out two years ago to engage with multiple stakeholders in the ecosystem to investigate the potential outcomes and implications of Project Aadhaar for India, the evolution of automobile cars was offered as a metaphor to think about Aadhaar.

While it was first built by the German Karl Benz in 1885 and was crafted for the rich, it is widely credited to Henry Ford, who crafted a version of a car in 1896. It took him until 1913 though to build a version of an assembly line that could churn out a fully-fitted out car in two-and-a-half hours as opposed to 12 hours for a single car in the past.

While it got people’s attention, cars were the subject of much anger and debate. That the monstrosities could kill people and a way of life were among the many arguments. Public sentiments were polarised and legislations were tossed on how to curb its use. Over time though, it created industrial clusters, highways were built, new cities emerged, and altogether new ways to live were created. In the contemporary world, life without automobiles is unthinkable for most people, even though safety standards are still evolving, and its impact on environment is still being debated. All this has paved way for better and safer cars.

In much the same way, India stands at an inflection point. The Western world has an outdated identity system and is locked in a debate on how to deploy it best. India is staring at an opportunity. Instead of fussing over whether the project ought to be killed, the gladiators will be better placed if they shift to debating how to make the system a better one.

Over all else, it offers the window 400 million people need to get into a formal economy and their most fundamental right—that they be identified as citizens of a country they live in and claim what is rightfully theirs.